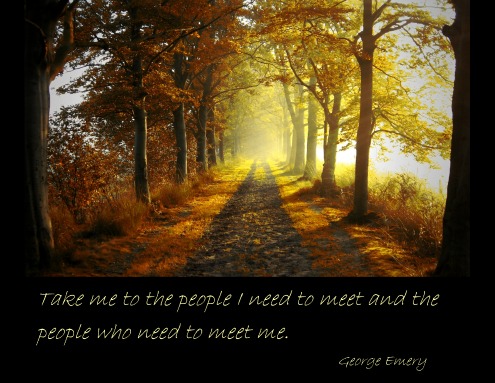 Tomorrow, we will celebrate the life of someone who was a dear friend to me and to so many people — George Emery. I will have the honor of officiating at his memorial service.

My word for George is irrepressible. He could not stop himself from being who he was. And mostly, he didn’t try. By virtue of that quality, he met and inspired thousands of people around the world.

Yesterday, I heard yet another George story. In the early 70s he came to a university in the South to give a talk. Two people showed up. George went to the administrative office, sweet talked the office staff, and made an announcement over the P.A.: Hi! I’m George Emergy. I dropped acid with Timothy Leary and I’d love to tell you about my experience. And he wasn’t making it up. A herd of students made their way to the meeting room.

I first met George when I was in my early 20s. It was at McMaster University in Toronto. It was in a lecture hall that was usually used for chemistry classes. George leapt upon the table and recited one of the most powerful pieces of poetry I know, Thus It Is by Martin Cecil. He read it with all the zeal a person could muster. Totally inspiring!

In his elder years, he showed so much love and affection to me and all of us at Sunrise Ranch. His Alzheimer’s didn’t stop either. And why should it? Nothing else did.

George was known for oft-repeated sayings. I have included five of them that set upon photographs that highlight their meaning. Hope you enjoy them and feel his spirit.

George Franklin Emery passed away peacefully on November 1, 2014, in Loveland, Colorado, from complications of Alzheimer’s disease. He was 83.

George was born in Portsmouth, New Hampshire. His father’s family had come to America from England in 1632 and his mother’s family came from Scotland in 1648. 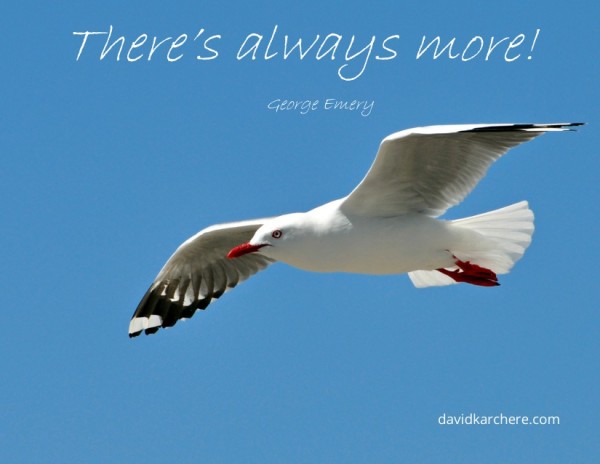 Growing up, George starred in many school plays, usually bringing humor into any role (which sometimes got him in trouble!). He knew from an early age that he was meant to minister to others. Following high school, he received a scholarship to West Virginia Wesleyan. He also attended the University of New Hampshire. George received his Bachelor of Science degree in Education from State Teacher’s College, Farmington, Maine; and his Bachelor of Sacred Theology degree from Boston University School of Theology in Boston, Massachusetts.

From 1950-1961, George was a Methodist minister at churches in Maine and Massachusetts, where he lived with his wife Ann and their four children. He also offered lectures to students at the University of Maine during this time. From 1961-1966, George was Associate Pastor of the First Methodist Church in Springfield, Illinois. During this time he became a minister to teenage youth. In 1966 he was part of a Preaching Mission to the Middle East, which included time in Israel.

From 1966-1967, George was Pastor of Lacon Methodist Church in Lacon, Illinois, where his main responsibilities included pastoral counseling and being pastor to high school and college youth. He was a member of Spiritual Frontiers Fellowship and the Association for Research and Enlightenment.

In the late sixties, George b 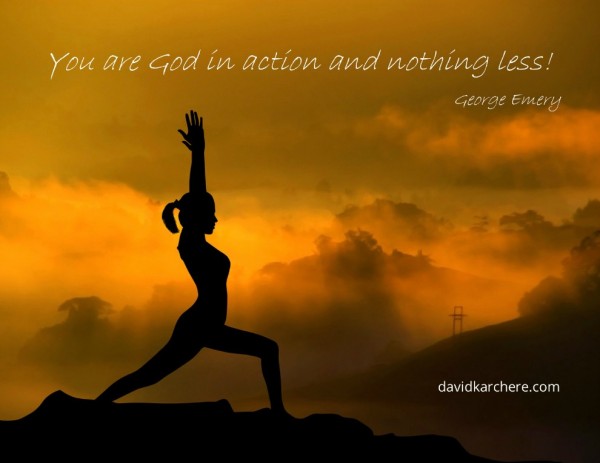 egan speaking to many groups around the U.S. and at numerous colleges/universities. In 1968 he opened The Foundation for Spiritual Development in Tombstone, Arizona, offering lectures and retreats throughout the state. In 1969 George opened Ministry to the Disenchanted in Tempe, Arizona, through Christ Chapel United Methodist Church, assisting many young people with drug and alcohol addiction, etc. He was a leader in the Christian Ashrams, The Camps Farthest Out, the Discipline Order of Christ, and the Inner Peace Movement. George was a guiding light in a time of huge social change.

In the spring of 1970, George visited Sunrise Ranch, international headquarters of Emissaries of Divine Light, in Loveland, Colorado. He was thrilled with what he found there and, upon meeting Martin Cecil (who provided a focus for the Emissaries), moved to Sunrise Ranch that same year with his children and wife Joelle. Sunrise Ranch would remain home base for the rest of his life. Over the ensuing years, George expanded his lecturing around the world, reminding all he met of their divine stature. He was often a guest on TV and radio talk shows during his travel. Among his friends were famous authors and international New Age leaders. George touched and changed the lives of thousands of people with his dynamic approach to life and acceptance of all. 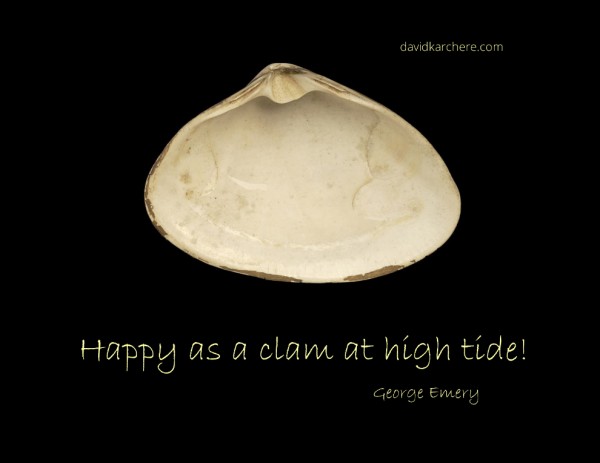 th International Human Unity Conference being held in Vancouver, BC, in 1981. During this time he developed a close connection with Marilyn Ferguson, author of The Aquarian Conspiracy.

In 1982 George co-founded the Foundation of Universal Unity, which brought together people from all walks of life to celebrate their oneness.

George often told people that when he came out of his mother’s womb he said, “Lead me to the people I need and the people who need me!” Throughout his life he never passed up an opportunity to make a deep connection with everyone in his vicinity. His ministry was one of charisma, synchronicity and inspiration.

In his latter years, George continued to meet and greet all who visited Sunrise Ranch and maintained a close connection with all its residents. He was a founding member of the Cancer Support Group at McKee Hospital, and a weekly attendee for over ten years. Living a vibrant life into his 70s and 80s, George made several international service trips. He and longtime companion Rhoda Brooks travelled to Thailand (teaching in a Buddhist community), Bolivia (building a section on to a rural clinic in the highlands for teen-age patients), and Mexico (holding spiritually based Emissary classes in homes of local people). George thrived on the opportunity to interact with 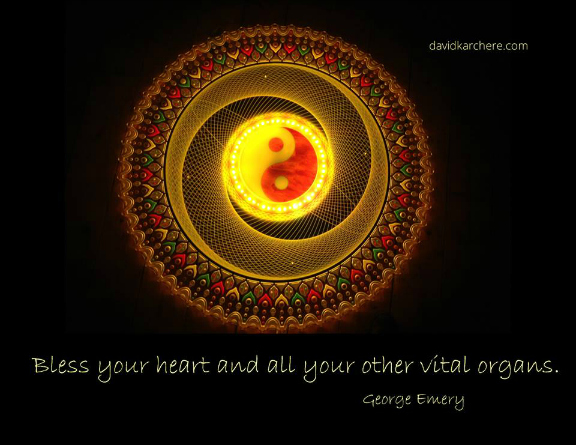 the people of these global communities. He was also a great ballroom dancer and loved the Jitterbug! George will be greatly missed by family, as well as friends around the world.

George was predeceased by his parents, George F. Emery and Eleanor Emery; his brother William B. Emery; and his son George F. Emery III (Bud). He is survived by his sister Diane Dalla Mura (John) in Florida; children Layola Eden in Arizona, Debbie Emery in Washington state, and Tim Emery (Pam) in Virginia; grandchildren Kazarian, Toby, Forrest, Hayden, Shastina and Amanda; four nieces and their families; and longtime companion Rhoda Brooks in Minnesota.

A memorial service will be held Saturday, November 15, 2014, at 2:30 p.m. in the Dome Chapel at Sunrise Ranch, Loveland, Colorado, with a reception to follow. The family requests that donations be made to Emissaries of Divine Light and to the Cancer Support Group at McKee Medical Center in Loveland.