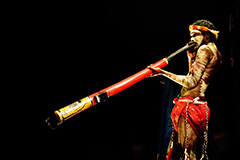 For ages, there have been people who have known the relationship between sound, vibrant health, and humanity’s place in Creation. In large measure, this knowledge has been lost to the industrialized countries of the West. Today, sound healing is being brought to life by people around the globe.

The history of sound healing stretches back into antiquity, even though the historical record captures only a fraction of its origin. The Greek philosopher, Pythagoras—yes, the man who discovered the Pythagorean theorem—defined a scale in the 6th century B.C. that was based on the relationship between the proportion of physical form and sound frequencies. His scale formed the foundation for music in the Western world. Pythagoras taught the Harmony of the Spheres, a theory that the sun, moon, and planets emit a frequency that is an expression of the scale. This brought the understanding that the resonance of a musical instrument or the human voice is harmonious with the rest of Creation.

Pythagoras and his followers used the flute and the lyre to heal. Two centuries later, Hippocrates, the father of western medicine, used sound therapy for his mental patients.

In stories told by Australian Aborigines, spirit beings sung Creation into existence in the Dreamtime, a time and place beyond present, past or future. Dreamtime stories date back many thousands of years, and the didgeridoo, one of the most ancient instruments in the world, plays a part in those stories. Aboriginal people have played the didgeridoo to re-invoke the Dreamtime connection. Today, practitioners around the world use the didgeridoo to induce health for the player and the listener, and to form their own connection to the Source of Creation.

In India, the Upanishads—which originate from at least the 6th century B.C., and probably earlier—speak of the experience of the Aum as the goal of human consciousness. The Bhagavad-Gita counsels the reader to use the syllable as a mantra, and in the Gita, Krishna declares that he is Aum.

The tradition of using the human voice to connect spiritually evolved during the 6th century A.D. in India as poets sang from the Vedas and the Upanishads. Then, in the 16th century, Bhakti yoga teacher, Chaitanya Mahaprabhu, is believed to have played a key role in developing kirtan, a form of call and response chanting that praises spiritual reality. In India, sound, spirituality and the well-being of the practitioners was inextricably related. This mirrors the understanding of people throughout the ancient world and First Nations people today.

In the Bible, David—the one who faced Goliath, and the author of many of the Psalms—healed the mental illness afflicting King Saul through music. Psychologists today have surmised that Saul suffered from a bipolar condition. This is how it was told in the King James version: “And it came to pass, when the evil spirit from God was upon Saul, that David took a harp, and played with his hand: so Saul was refreshed, and was well, and the evil spirit departed from him.”

Roots of sound healing today were present throughout Asia. Singing bowls have been used for millennia to induce a state of spiritual awareness and healing, and singing bowls that date back to the 11th century B.C. have been found in China. Today, singing bowls are used in traditional spiritual practices in Asia and by sound healers around the world.

Contemporary sound healing practice has been developed by enlightened theorists and practitioners over the past century. Dr. Hans Jenny, a Swiss medical doctor, developed the study of cymatics, the study of sound and vibration in physical matter. An amazing DVD of his work, Bringing Matter to Life With Sound, is still available.

Dr. Alfred A. Tomatis was a French ear, nose and throat doctor who practiced in the last half of the 20th century. He adapted his techniques to target diverse disorders including auditory processing problems, dyslexia, learning disabilities, attention deficit disorders, autism, sensory processing, and motor skill difficulties.

In the early 1960s, Dr. Tomatis visited a Benedictine monastery in France following the second Vatican Council. One of the decisions the council had made was to eliminate the traditional chanting for a more constructive use of their time. Tomatis found that gradual changes had taken place among the monks. They had become more lethargic and less motivated. Sleeping more and eating more had been no help. Tomatis discovered that the new decree had halted the usual six to eight hours of chanting the monks had previously observed and, within a short time, the monks were unable to perform their duties. When Tomatis re-instituted their daily chanting, the monks recovered quickly and were able to resume their demanding schedule of work and prayers. Nine months later, the monks had fully returned to their vigorous way of life. Their chant was believed to affect their spirits, brains and physical bodies.

Today, gifted sound healing practitioners are reconnecting elements that were part of one reality for the ancients: sound, spirituality, consciousness and physical health. They are drawing upon ancient practices and understanding to awaken a contemporary understanding of the power of sound to heal. Don Campbell wrote of his work with sound in his bestseller, The Mozart Effect: Tapping the Power of Music to Heal the Body, Strengthen the Mind, and Unlock the Creative Spirit. Individuals like Tom Kenyon, throat-singer Matthew Kocel, and many others are opening up new possibilities in the field.

At Sunrise Ranch, where I live and do much of my work, Jonathan Goldman is preparing to do his 20th 10-day Sound Healing Intensive from July 25 to August 2, 2015. Jonathan’s intensives draw people from around the world who want to increase their understanding and ability as sound healers. Jonathan is director of the Sound Healers Association and author of Healing Sounds, Shifting Frequencies and The 7 Secrets of Sound Healing. 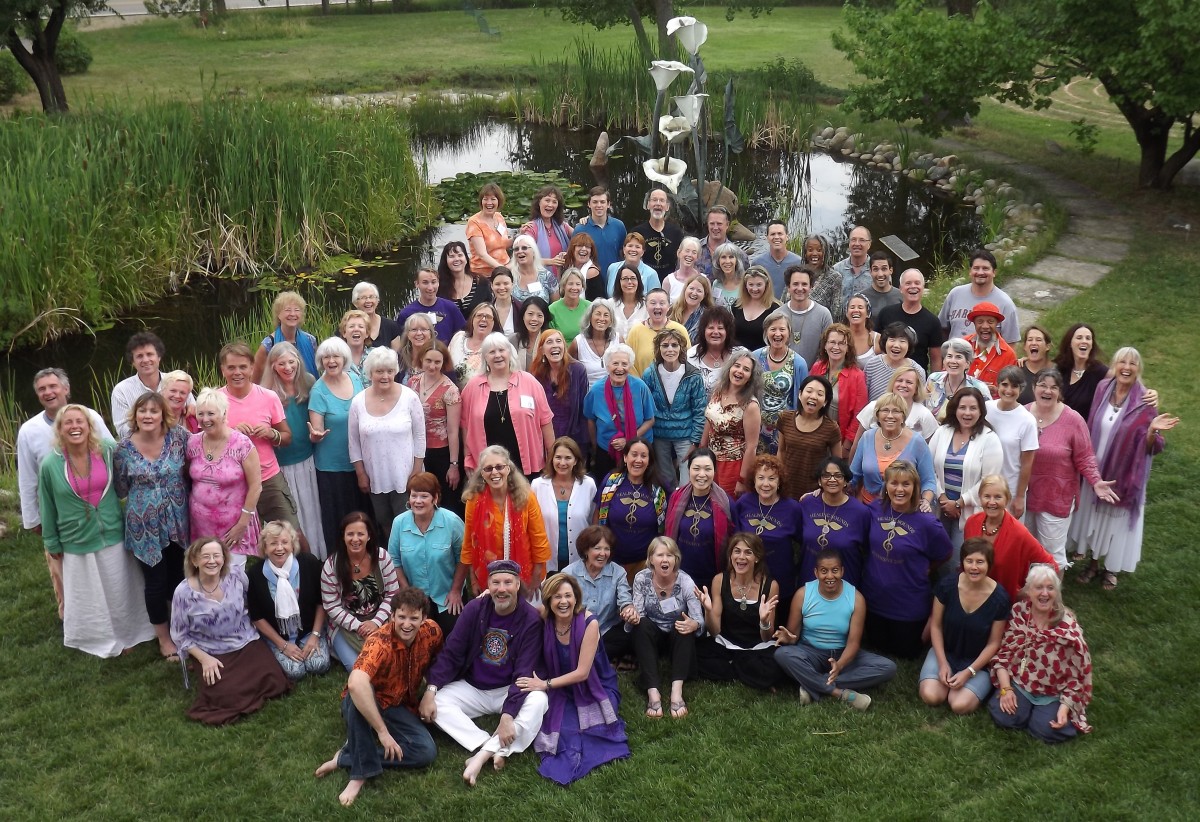 I celebrate the awakening understanding that sound is an aspect of our primal spirituality; that the potential for our voices and the creation of sound through instruments of all kinds is built in for us as human beings. It is a part of our birthright that connects us with the very act of Creation, including the manifestation of physical health in our bodies. This awakening is confirming, in our own immediate experience, that Pythagoras was right—the sound that reaches our ears and all the rest of us is related to the vibration moving at every level of Creation, including the movement of celestial bodies. We are made to vibrate with the Harmony of the Spheres which is, at the same time, the harmony of the human body.

In my own work with the Healing Chant that I have done with people in places around the world, this is what I generally find:

It is stunning for people to realize that the sound of their voices, even in everyday speech, can bring healing tones. The vibrational frequencies at many levels emitted through their physical body can be transmuted to bring health and vibrant life, not only to their own bodies but to the people who inhabit their world. Increasingly, we are seeing that this is not just wishful thinking or spiritual fantasy, but scientific fact. 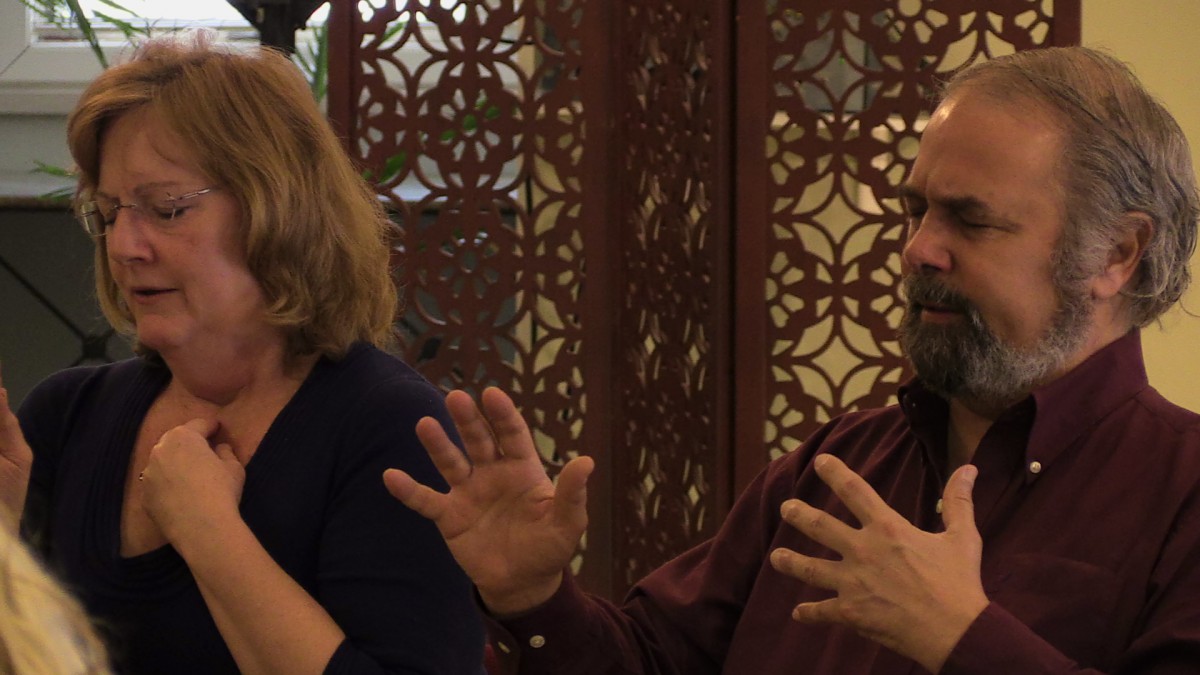 I encourage you to become more familiar with your own voice—all the wonderful and strange sounds it can make, the way your own breath moves over your vocal chords and activates your whole human experience. The power of your voice to bring healing of heart and mind, and even the bodies of other people. Find others who share an interest in the life-giving qualities of sound and experiment with them. And look for teachers and practitioners who are characterized by uncommon insight and courageous exploration of the potential of vibration and sound to bring healing.

Join me for my annual Healing Chant retreat, December 12 and 13, 2014 at Sunrise Ranch.

ahh it was awesome to find your article David! I am trying to defend our aboriginal healing sounds that nobody pay attention, and instead, people are willing to spend thousands on modern sound therapy…founding those projects instead of aboriginal initiatives. I am working on some of those initiatives, hoping that the government is willing to focus on our knowledge… thank you for the information.

Thank you David, for the magical journey through the ages of sound. Drawing all the aspects together and back to us, as Creators of our own process and life. I am loving the continuing exploration into how sound enhances and connects us to the All-That-Is.
Love Ruth