The Already-Existing Field of Universal Consciousness

It takes courage for a person to stop seeking validation from the so-called “normalcy” of the world in which they live—which is really not normal, just familiar. A spiritual pioneer learns to find validation from the already-existing field of universal consciousness. That field is always present, and it is always available. It is a field of possibility and potentiality. It is a field of what could happen in our life and in the world, if we let it. It is a world of preform. It is that universal field of consciousness that is bringing pressure on the old paradigm.

The Already-Existing Field of Universal Consciousness

I meet so many people who have had to face the so-called “normalcy” of the world that has criticized and shamed them for who they are. In fact, almost all the people I have high respect for have had that happen to them, one way or another.

It could be family or friends. It could be people at work. Or, for those with some kind of public notoriety, it could be the media or public opinion. But they have had people criticize and shame them for not “being normal.”

Virtually everyone has a social dimension to their human makeup. So we can easily slide into an expectation that other people will accept us. And be disappointed if they don’t.

What happens when we are forced to choose between that kind of acceptance and answering the creative calling of our life? And if people around us are rejecting us, where do we turn?

That is a good time to make friends with the universe. It’s a time to become aware of all the ways you are being loved—loved from that burning flame within you, loved by all the forms of life on Planet Earth around you, and loved by the sun, the moon, and the stars.

The field of universal consciousness knows you. It is cheering you on. In fact, that is what has urged you through life thus far.

So take a curtsy or a bow! Smile at the flowers, feel the sun on your face, and look up at the stars. You are doing what they are all doing—being yourself. And fulfilling the destiny that is yours to fulfill.

Now that is normal. 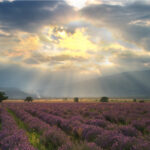 The Cloud of Light 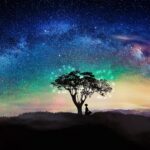 God the Possible Entering the World 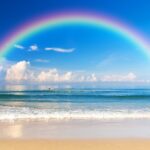 What is amazing – is that no matter what – the Truth will always rise to the top of awareness – we are living in the most interesting times…..

I’m reminded of the bumper sticker: MASQUERADING AS A NORMAL PERSON DAY AFTER DAY IS TIRING. Of course it’s tiring, because it’s not who you are! Try simply being yourself and feel the animation!

Dear David, the words you offer here resonate deeply with me; bringing a smile to my heart. I am a spiritual pioneer and I have walked, lived in a field of probability & possibility that most have not yet found. As a child-young adult I was indoctrinated into a religious system; Sunday school, choir, services, youth groups, confirmation. Thou I always felt something was missing, something off balance and unfulfilling. At age 12 I walked alone through the woods, into a large open meadow, laid down on the earth and felt the sun penetrate the cells of my body. This was it! I found my connection with the Universe. My mind aligned with my soul and I realized a world beyond what my family or church could not offer. I knew myself for the first time. It is this initial experience of conscious Cosmic Connection which guided me along what our culture refers to as the Indigenous Path. I prayed, sang, & danced with many tribes. A journey with which most people are unfamiliar. I have learned to be okay with my unique perspective of life. Thank you for seeing me.

I guess I have always been a little ‘bubble off plumb’ in my life. People would say “God knows what she will do next!” When I was young that baffled me. I couldn’t figure out what the problem was. I was just being myself. As I got older I realized they were right. God DID know! In fact I have always known that this divine presence was always with me—so of course He would know 😊. That works for me! Continuing to smile (and talk) to the flowers, and gaze at the magic of the stars. Thank you, David.